Dedicated and enthusiastic collectors have spent literal lifetimes attempting to re-unite a pair of Harpers Ferry Model 1805 pistols with the same serial number. They were produced for three years by master gunsmith craftsmen in 1806, 1807, and 1808 and exclusively at the Harpers Ferry Arsenal. They were made in pairs- each sharing the same serial number, from 1 through 2048. Although made in pairs, they were issued individually. No conclusive reason has been discovered for the sharing of the serial numbers. What is known is that there were 4096 made in total. The theory that they were produced in pairs was put forth in 1932 when avid collector, Sam Smith, began compiling a list, with locations seen, conditions, owners, and the serial numbers of the pistols. Over the next several decades Mr. Smith shared his ever-evolving list with a handful of trusted fellow collectors, with the condition that they would share any added examples with him, in the pursuit of proving that they were made in pairs, and, hopefully, reuniting a serial numbered pair.

A Theory Proved True: Discovery of The Arnold Pistols SN 351

Mr. Smith’s theory was proved correct in 1968 when a pair (the Arnold pistols serial number 351) was inadvertently discovered. The facts of their reunification made for several magazine articles of the time. Stuart Brown II published his ground breaking book The Guns of Harpers Ferry that same year, and has extensive information as well as photos of this famous pair of historical pistols. The lists of pairs were shared with this author, Rick Hudak, to compile the information and publish this book, with its hundreds of high-quality color photographs. 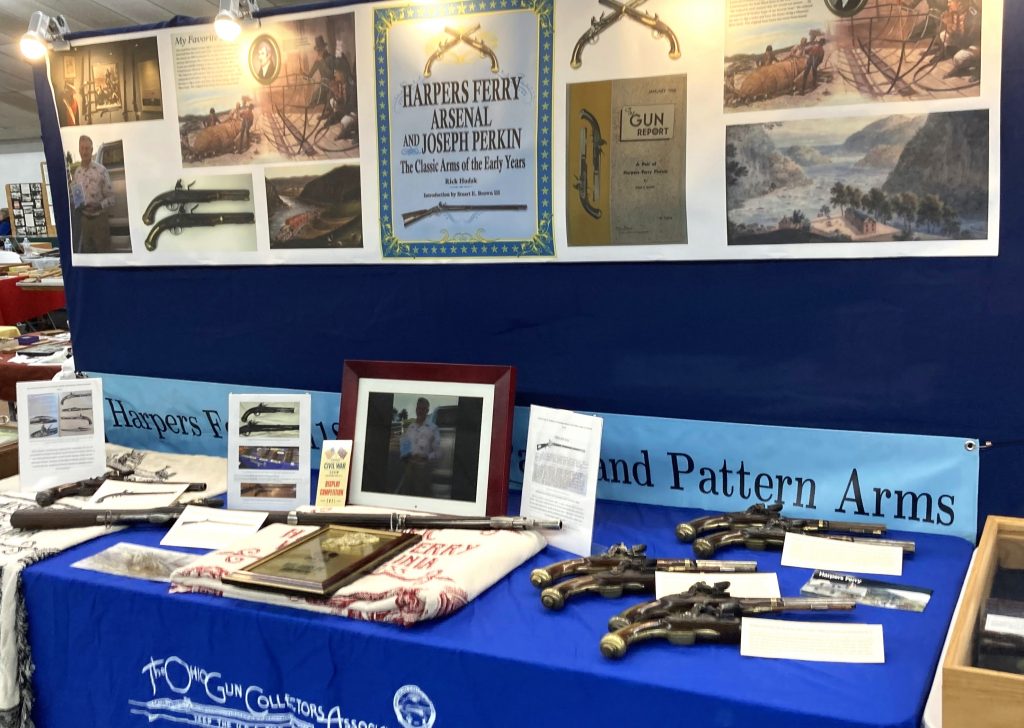 As a direct result of Harpers Ferry Arsenal and Joseph Perkin, Rick was able to put together pairs of Harpers Ferry pistols from each of the three years they were produced. When rarely displayed at historical arms shows the displays in which they were included have been very well received and won respected awards. They will be displayed at what is largely considered the finest historical weapons shows in the United States, the Maryland Arms Collectors Association antique arms show March 19th and 20th. The three pair of pistols will be displayed along with two pattern or prototype firearms made at Harpers Ferry. This would be a very educational and interesting destination to see these unique and extremely rare firearms, and many of the other unbelievably unique and rare on display or for sale. 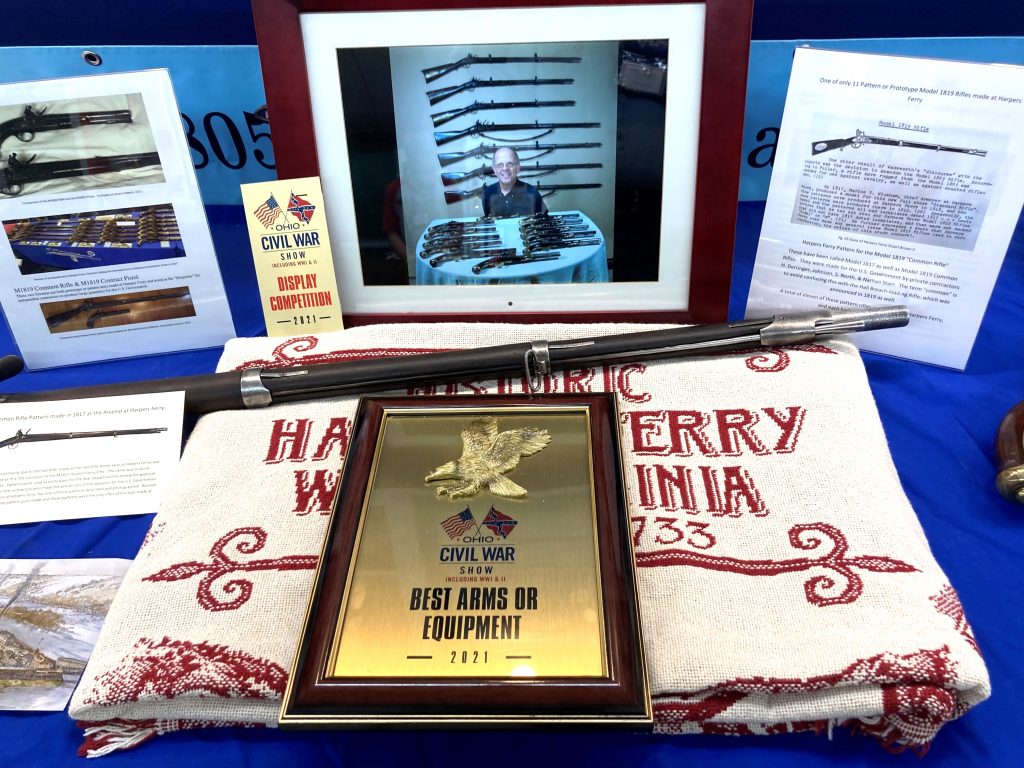 Along with the pistol pairs will be displayed two pattern (prototype) firearms which were made at Harpers Ferry. There were no “blueprints” for arms contractors to use for bidding to produce weapons for the government. The most experienced master armorers would produce a very limited number of sample firearms to be sent to the contractors- only after they were approved by the War Department. To underscore the quality of the arms produced at Harpers Ferry, all U.S. Government pattern arms were developed and produced there, no matter where the arms ended up being made- right up to the Civil War.

The pattern for what became the Simeon North Model 1819 contract pistol will be displayed. The first mention of the existence of this pistol was in an article by C. Meade Patterson in the August, 1949 issue of the American Rifleman magazine. Records indicate that there was a total of six of the pattern pistols made for consideration, three are known to still exist. Two of those have been converted to percussion, and the one in this collection, and to be displayed at the Baltimore show with the pistol pairs, is the only one still in its original flintlock configuration.

For more information about the Maryland Arms Collectors Association and the arms show, please go to http://www.baltimoreshow.com/.